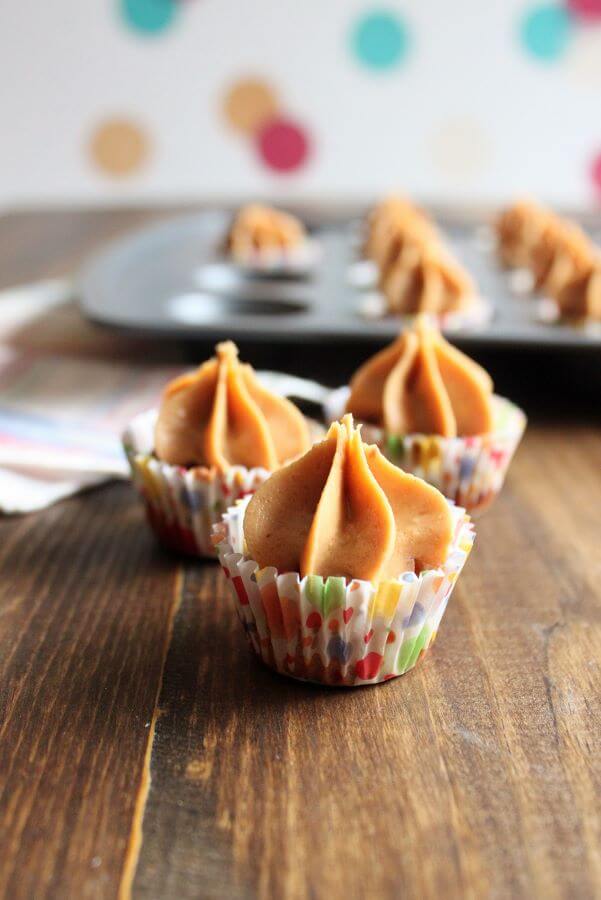 This month is a special month for Sriracha (our dog, not the hot sauce…) He’s turning 5 this Sunday. 🙂 Our baby is growing up, he’s almost middle aged! It also marks the fifth year that Lily has been with us although it seems like much longer. She came to us (pregnant) in March 2010 and gave birth in May 2010, to SIX puppies. I think (I’m almost certain) we gave away her boyfriend/puppies’ daddy. There was a little male Chihuahua with her when we found them. He was cute and tiny, only about half Lily’s size, with reddish fur so I called him Rusty.

At that time, I was commuting to work, and taking classes for my Master’s degree, so I wasn’t thinking about adopting a dog anytime soon, let alone two. But I just couldn’t bring myself to surrendering them to the shelter, not knowing whether they will end up in a good home. I sent out a mass email at work trying to get someone to adopt them unsuccessfully.

One night, after a much needed bath for both Lily and Rusty, we walked them over to Petco to pick out some toys and to maybe put up a post for adoption. As luck would have it, we ran into a nice man who was there buying treats for his dog. We told him how we (Ryan) found Lily and Rusty, drinking water from a puddle in the townhome complex late one night and got the whole neighborhood barking and howling. We took them in and were looking for someone to adopt them. He pretty much agreed to take Rusty on the spot. Since he already had a female dog at home, as Shih Tzu, we were left with Lily. I hope Rusty is still doing well and happy. 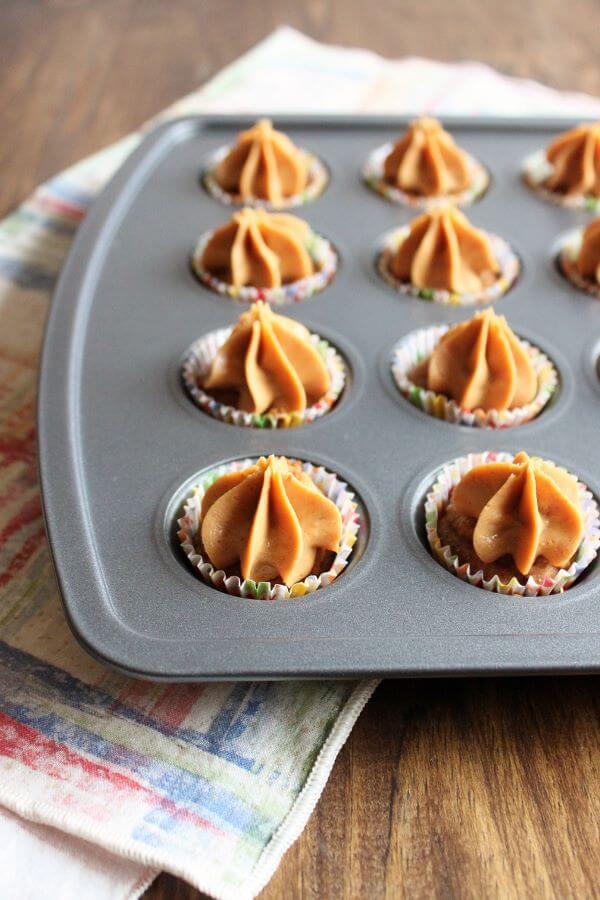 We figured we would keep Lily for a little while longer until we could find her a home. But secretly I knew she was home. Meanwhile, she was getting fatter and fatter, and I thought I was feeding her too much. Turned out she was pregnant, confirmed after we took her to the vet, he predicted 5 puppies. About six and a half weeks later, she gave birth. It was the most interesting and wonderful experience I’ve ever had. However, it was also very sad because the smallest puppy didn’t survive. If I knew what I know now, I may have been able to save him.

The day of Sriracha’s birth, we woke up to Lily digging at her bed, her water broke but I thought she peed on it. Normally we would take the dogs (Lily and grandma’s dog) for a walk in the morning, but she seemed preoccupied and tired so I stayed home with her. She went downstairs to nest in her crate in her … mmm birthing area that we set up. She was whining lightly the whole time so I knew something was up, but she was just resting. Then all of the sudden there was something fat and white at her butt, I thought to myself “geez her tail got fat!” What the heck! It wasn’t her tail, it was a puppy!!! 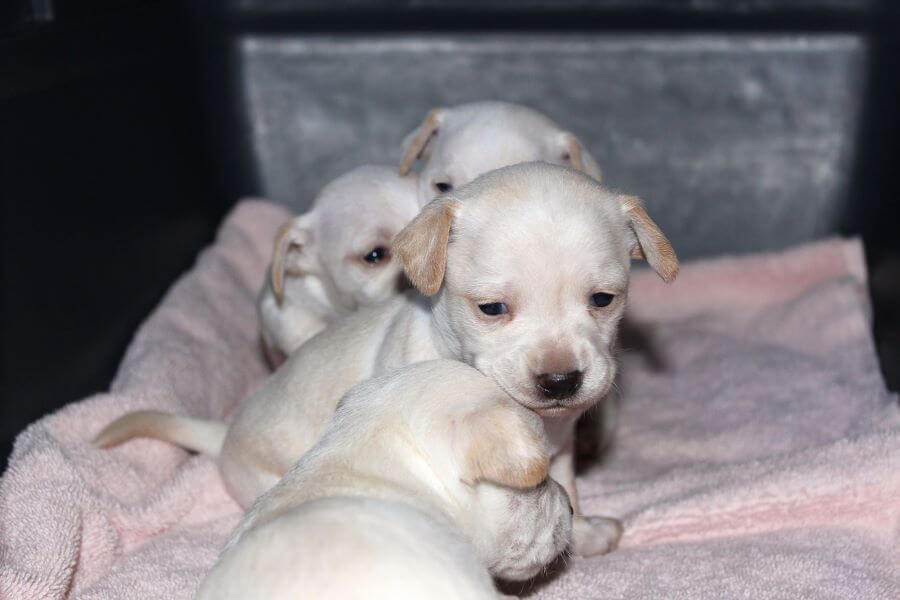 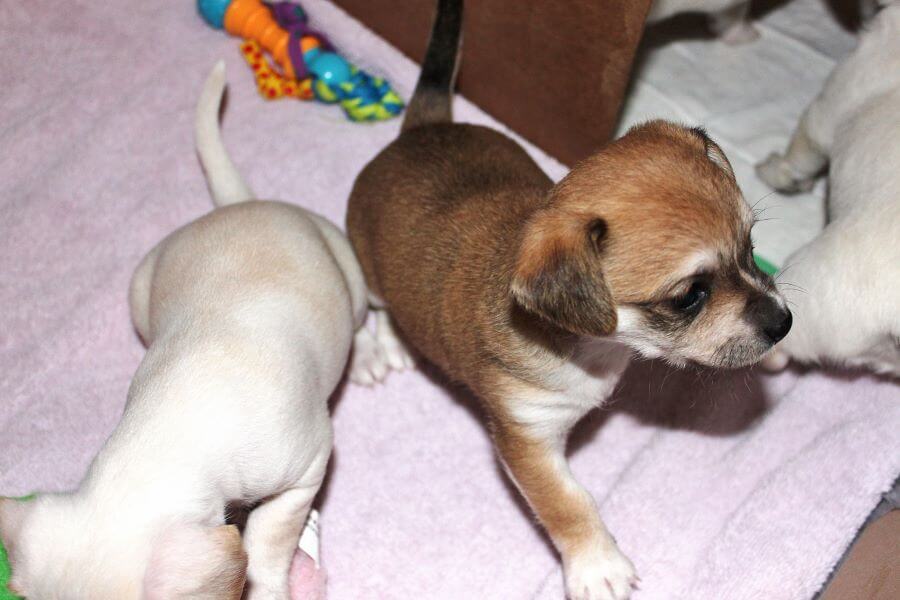 Then one by one, they came. She diligently cleaned them, licked their faces and their little bodies clean of the membrane they came out with. After four puppies, all white, she seemed content, curled up with them and took a break. We were just sitting there waiting, didn’t know what else to do, and I thought then maybe the vet miscounted, so we decided to go out for breakfast. By the time we came back, there was a brown puppy and a black puppy, six in total! The vet did miscount, but he was under, not over.

They were all so tiny and cute; they would fit in the palm of your hand. And they didn’t look like Chihuahuas at all, their faces were flat. But they grew quickly with their mother’s milk, within a couple days, they already doubled in size. Then they opened their eyes and ears at 2 weeks, and start swimming around on the floor, squeaking and crying, but still soooo CUTE! When they peed, their pee bubbled out, weirdest thing ever. Soon, they started to escape their crate/containment area, exploring the house. Wasabi, the largest boy, escaped his crate every night to come over and sleep with his mama.

We named all the boys after spices: Wasabi, Chili, Sriracha, and Pepper (he didn’t survive 🙁 ), and all the girls after flower: Hana and Daisy, along with mama Lily. Then came the difficult phase when we had to let them go. Chili was the first to leave; he went to a good home, one of my coworker at the time. She spoiled him rotten from all the stories she told me. Then Daisy, she went to a neighbor and Wasabi to the neighbor’s friend. Hana went to a friend’s family to be a little sister to another Chihuahua. And we were left with Sriracha. At this point, I think we stopped trying so hard to advertise and we just ended up keeping him. I supposed it would have been just cruel to rip every single puppy from Lily. So she was allowed to keep one. 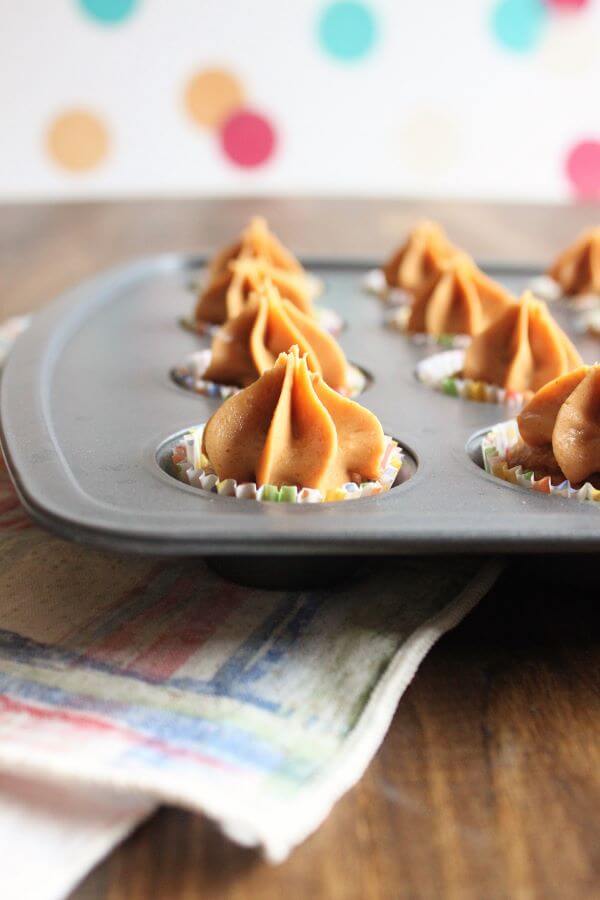 These two turned out to be the best dogs ever. We love them to death and couldn’t imagine ever letting them go. To this day, I still couldn’t understand why Lily was a stray. She has the sweetest temperament; she’s very gentle with children and adores people. I thank whoever let her go, because she was my gain. I wished every day that I could have kept Rusty and all of the puppies too, if only I had a ranch.

And if you’re still here with me, reading, thank you! I know this was a long story, I promise I won’t do this often. And now, let’s just get to the recipe for these peanut butter apple pupcakes. What’s better than some homemade pupcakes to celebrate the dogs in your life?? If you make these, just skip the cupcake liners, they look pretty but a pain to peel off. 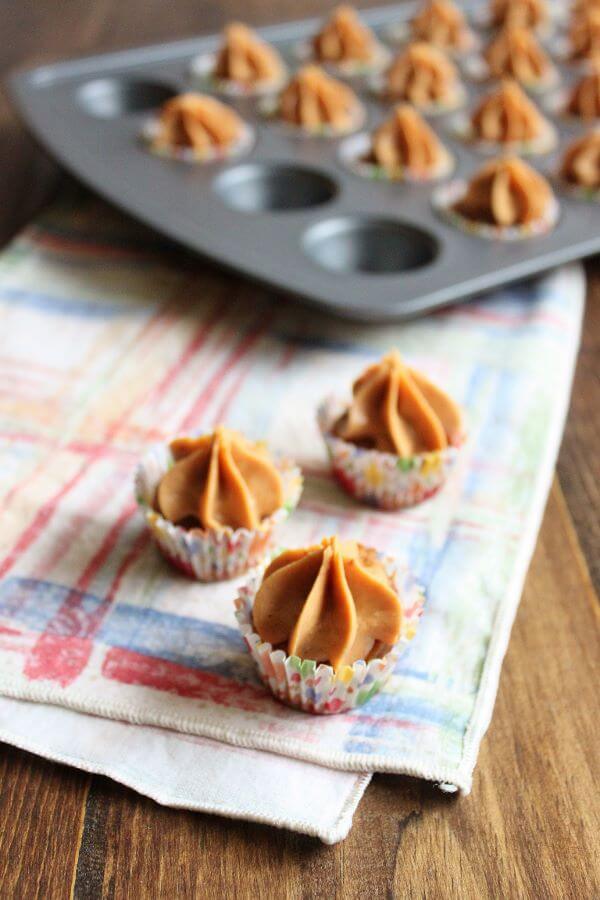 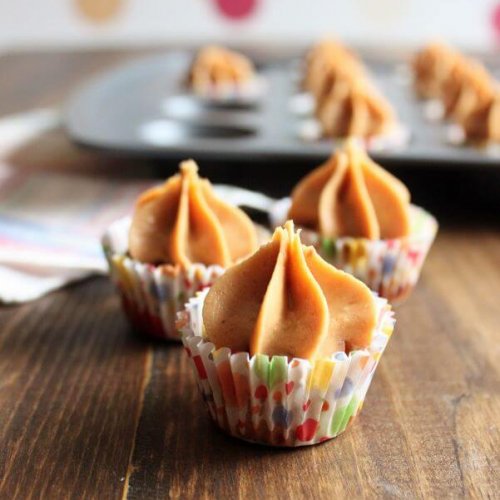 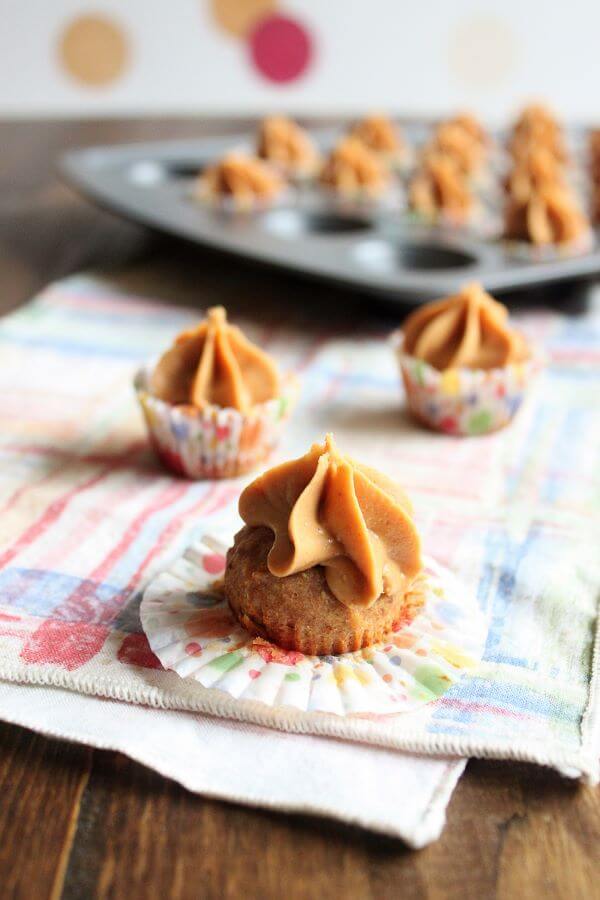 Are you hungry for more?

Sign up for email updates and never miss a recipe

+ Get my FREE ebook ROOM FOR PIE!

You may also enjoy:

This site uses Akismet to reduce spam. Learn how your comment data is processed.

Hi! I'm Trang and welcome to my blog. This is where I share recipes from my kitchen. From cookies to cupcakes, to pies and ice cream, to treats for your fur babies, I hope you'll find something you like and stay a while. (Click for more cocoa powder...) 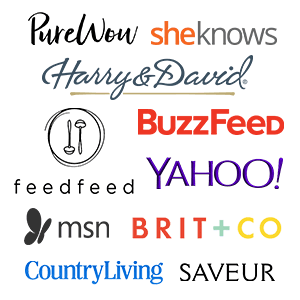 Get A Free Ebook!

Sign up for email updates and never miss a recipe + Get my FREE ebook ROOM FOR PIE!

Posts on Wild Wild Whisk may contain affiliate links, which will earn me a small commission if you make a purchase through these links, at no added cost to you.

Sign up for email updates and never miss a recipe!